a photography exhibition in London this week aims to raise awareness of the plight of the Rohingya refugees from Burma.

The collection of 25 pictures, taken by award-winning photographer Omi Saiful Huq, aims to make people aware of the suffering experienced by the Muslim ethnic group.

Hundreds of thousands of people from the Rohingya community in the Northern Arakan State of Western Burma, have been forced to flee to neighbouring Bangladesh and Thailand since the 1978, when there was a large scale military operation against them.

Omi's exhibition, which runs from June 15 to June 24, has been organized by human rights group UNHCR as part of Refugee Week.

Omi, a photo activist from Bangladesh, said: "The Rohingya people have been forced to leave Burma since the 1970s but it has been getting worse over the past 10 years. 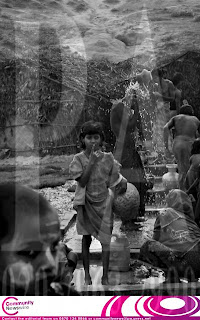 "They have faced a lot of persecution and there have been some terrible stories of violence and rape committed against them.

"I spent three months in some of the refugee camps in Bangladesh last year, and have been touring since then trying to raise awareness of the situation.

"I want as many people as possible to come to Brick Lane during the exhibition to find out more about the Rohingya people and how they have suffered.

"Nothing will be done if nobody knows what is happening, and hopefully the more people become aware, the more we can work to find a solution, and put pressure on Burma."

The exhibition, at East Gallery, 214 Brick Lane, is free entry and opening hours are 1pm to 7pm, Monday to Friday, and 11am to 6pm at the weekend.

UNHCR leads and co-ordinates international action to protect refugees and resolve refugee problems worldwide. It strives to ensure that everyone can exercise the right to seek asylum and find safe refuge in another state, with the option to return home voluntarily, integrate locally or to resettle in a third country. For more information visit www.unhcr.org.uk.

Refugee Week, aims to celebrate the contributions refugees bring to the UK. Hundreds of events will take place during the week focusing on the arts, music and food. For more information go to:- http://www.refugeeweek.org.uk/.
end
Source: Community Wire
Posted by Rohingya Arakanese Refugee Committee (RARC) at 1:05 AM