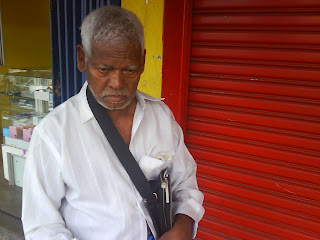 Ref: 2011/004
Date: April 7, 2011
Statement on World Health Day
We undersigned organizations warmly salute the World Health Day, which is widely observed in across the world on the 7th April in every year in order to improve health services by fighting against major killers, including Tuberculosis, HIV, malaria, pneumonia and diarrheal diseases.
We are sure that World Health Organization (WHO) is increasingly expanding service oriented system and facilities for every alive in across the globe.
But the health issues for the Rohingya Arakanese refugees from Burma in Malaysia are kept uncared at the expense of modern day slaves in hands of discriminating authorities on the basis of racial, religious, national and economic backgrounds, while the roles of the UN agencies remained unseen. Indeed, the Rohingya refugees are regarded as inhuman in every sector as they are recognized as citizen or ethnic for none and thus the representation of refugee status holders are ineligible in all quarters even at the office of the United Nations High Commissioner for Refugees (UNHCR) and thus the Rohingya people are not welcomed in anywhere.

Currently, patients of cardiac, asthma, cancer, ulcer, diabetics, urology, gynecology, kedy, epilepsy, hypertension, psychiatry, paralysis, accident and undiagnosed diseases are very high among the Rohingya refugees who are unable to cover partial medical expenses in their marginalized situation. In many cases, hospital authorities forcefully take the Rohingya refugees to undergo for surgery and tests with a view to develop training manuals for fresh practitioners and graduates, so the death tools of Rohingya refugees are uncalculated.

Mention may be made here that free clinic, mobile clinic and charitable health services are available for most of non-Rohingya refugees in Malaysia. So, they can receive necessary treatments and medications on every health matter. But the Rohingya refugees are completely deprived from such facilities and thus passing their lives at risk of untimely dead.

By this statement on the occasion of the World Health Day, we appeal to the international community in conjunction with the United Nations Agencies, United States, United Kingdom, Canada, Australia and etc.:-

1. To unconditionally repeal discriminatory targets from the world most persecuted Rohingya refugees in Malaysia and to accept genuine refugees representation on refugees issues;

2. To immediately facilitate free clinic/mobile clinic services for the Rohingya refugees like others from different countries in order to ensure their health rights and to extend necessary assistance to the sick Rohingya refugees;

3. To urgently convene a working together mechanism with UNHCR in Malaysia in order to halt all those local staffs who are deeply involved in hegemony, conspiracy, corruption, discrimination against the Rohingya refugees and defamation against the UN Refugee agency (UNHCR) under its own banner.