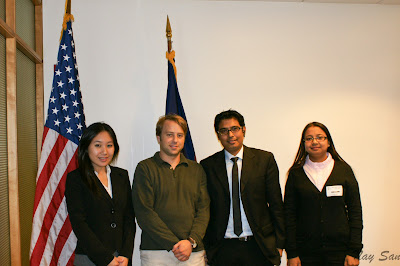 Free Rohingya Campaign (FRC) had an opportunity to brief at U.S Senator Kirsten Gillibrand office in New York City, USA on October 6, 2011 to bring attention to the U.S Government, where Rohingyas have been brutally discrimination by Burmese Regime and current situation of Rohingya refugees in Bangladesh.

Mr. Nay San Oo, Co-founder of FRC and Mrs. Su Su Lwin,a member of FRC are brief about the Rohingya have been invariably subjected to criminal atrocities, torture, inhuman and degrading treatment and punishment, relentless taxation, humiliating restriction on their freedom of movement and residence within the state, prohibition of their right to marry and to found a family, restriction of their right to education, right to work and to get access to food and other essentials including medical care Inside Arakan , Burma. Due to above reasons toward Rohingyas have to move out from Burma to the various countries.

FRC point out in the PowerPoint presentation, Under the Burma 1982 Citizenship Law, Rohingya are evidently being refused citizenship, as the ethnic group is not recognized under by law. This law is grossly discriminatory against the Rohingya made them stateless. 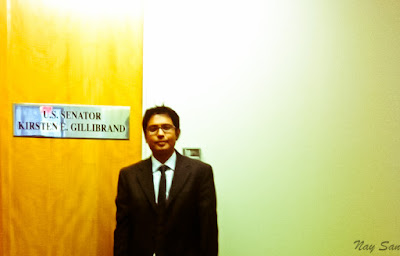 FRC urged to the U.S Government to put necessary pressure to amend the 1982 citizenship law to make sure it comply with basic human right and citizenship right . FRC also urged to US Senate to pressure to the Bangladesh government to give proper protection to the Rohingya refugees, and improve law and order situation in the refugee camps and surrounding area; to recognize all Rohingya asylum seekers in Bangladesh as refugees, and provide them with basic relief such as food, shelter and healthcare in cooperation with the UNHCR and international communities.