STATEMENT ON THE INTERNATIONAL DAY OF OLDER PERSONS 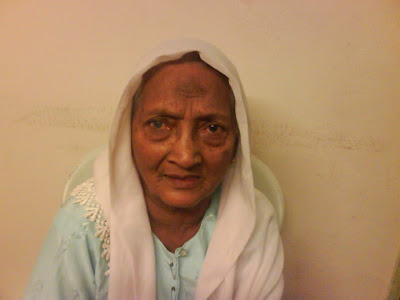 The Rohingya Arakanese Refugee Committee (RARC), Malaysia warmly salutes the 21ST INTERNATIONAL DAY OF OLDER PERSONS which was adopted by the UN General Assembly, resolution 45/106 on 14 December 1990 and designated that 1 October as the International Day of Older Persons.
This day gives great pleasures to those older persons who do not have caretaker in the world, while getting negligence in their daily lives.
Today, tens of thousands of older persons of refugees are getting worse in their daily livelihood, sheltering, medication, caretaking and other basic needs to which no enough assistants are reaching in the current circumstances.
Of them, some older refugee persons have non-depending children who do not pay attention to their parents, while such non-depending children got separation from their parents in every process of the United Nations High Commissioner for Refugees in Malaysia.
Besides, the UNHCR in Malaysia has already set up numbers of divisions and units including youth, children, women, older persons and working closely with particular refugee communities who do not care the vulnerable persons or who do not have experiences on vulnerable persons but get strong and blind recommendations and supports to the UNHCR activities. 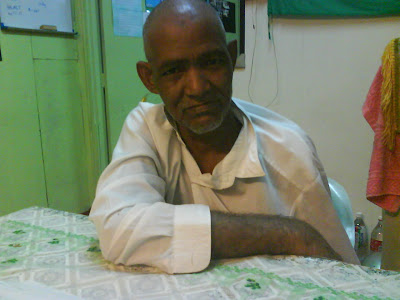 Being a leading organization, the RARC gets no chance to work together with the UNHCR in the Chapter of Malaysia for its activities on advocating the refugee issues and struggle to end refugee phenomena, particularly to bring an end of the plight of de-facto statelessness of the ethnic Rohingya minority refugees from Burma’s Arakan State.
Due to lack of cooperation between refugee communities and the concern authorities, numbers of older persons die without food, shelter and medication. For these matters, the international communities would pay attention to such vulnerable people as per the adopted resolution and mechanism.
Rohingya refugees have taken refuge in Malaysia in early 1980s. Since then, not a single Rohingya got chance to be neither citizen nor permanent resident in the country, while the Rohingya refugees were the only Burmese who approached to the UNHCR in 1990s who are still remained in marginalized condition through out the systematic policy.
In these circumstances, many lost their lives without hope and justice, while unknown numbers are underway to die without care from any quarter.
The RARC believes that UNHCR in Malaysia shall make immediate review on the current issues, particularly for those older refugee persons who are passing lives in the direst situation. The RARC also hopes that no case of such people would be undermined through an effective mechanism of working together with the genuine refugee communities which are formed by the genuine and experienced refugees and led by them as well.
In this regards, we at the RARC appeal to the world bodies, donor states, donor organization, refugee stakeholders and all international communities and individual peace loving people of the world to kindly come forward for assisting Rohingya older refugee persons in Malaysia who are completely deprived from their basic needs for the sake of humanity.
Coordinating Committee
Rohingya Arakanese Refugee Committee (RARC)
Malaysia
For further information, please contact:
Mohammad Sadek,
Program Coordinator, RARC
Tel: +60163094599
Posted by Rohingya Arakanese Refugee Committee (RARC) at 1:11 AM