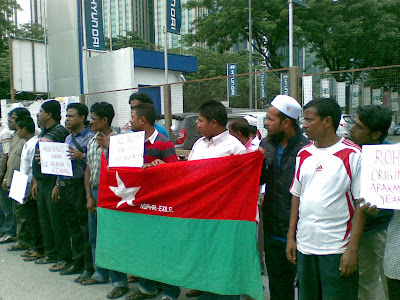 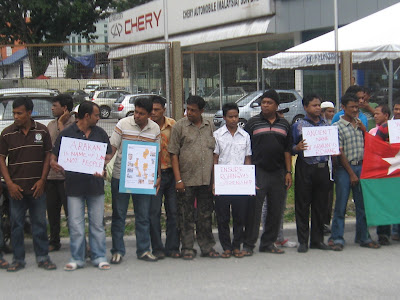 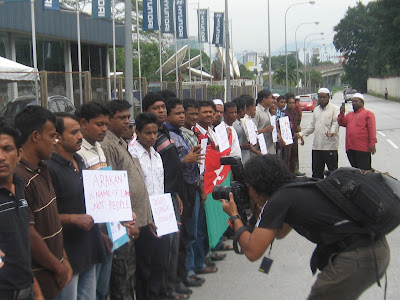 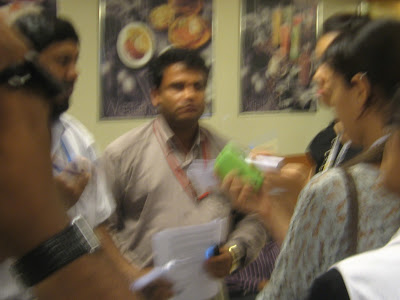 Rohingya have successfully submitted a memorandum to the British Government, appealing British intervention to the cause of Rohingya in Burma.

About 200 Rohingyas from Kuala Lumpur city took part in the event in time of the memorandum submission. Memorandum was handed over to the British High Commission in Jalan Ampang, Kuala Lumpur at 10:40am.

At the event, Rohingya placed various kinds of posters including showing strong support to authentic media groups like BBC, VOA and RFA which always interested to broadcast Rohingya news and information.

3 Members of Rohingya delegates are Mr. Mohammad Sadek, Mr. Mohammed Rafique and Mr. Mohammed Amin who are the active members of the Rohingya organization in Malaysia, the National Democratic Party for Human Rights (NDPHR) exile, which is one of the elected parties in 1990s multi-party general election in Burma.