The National Human Rights Commission of Thailand: Rohingya that the World Forget 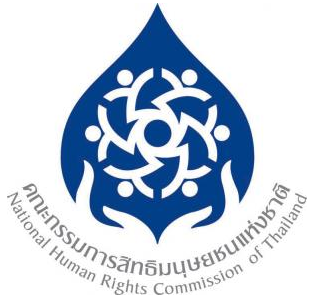 Rohingya that the World Forget

On April 24, 2012, Professor Dr. Amara Phongsaphit, Chairperson of the National Human Rights Commission of Thailand was invited by the Thai Public Broadcasting Service (Thai PBS) to be a resource person in a seminar, ‘Rohingya that the World Forget,’ convened by the Thai PBS’ Social Capital Network Division, Social Capital Bureau, at Building A, Thai PBS Headquarters in Bangkok with an objective to build up awareness on the existence of Rohingya people through seminar and public media, and to look for solutions to problems faced by this people together.

Participants in the seminar included:

5. Sophie Ansel, a French reporter who is monitoring situations faced by the Rohingyas
The seminar was moderated by Mr. Chairat Thomya, a Thai PBS anchorman.

To solve this refugee problem (involving the Rohingyas), it must be made into a national problem and unavoidably raised for discussions. Academics in the region is a driver that could advocate, making Rohingya issues public ones that people know and talk about. Four issues are to be emphasized:

1. No human being should be denied their basic rights because every human being must have a personal status. Denial of nationality and personal identity document, which is a basis for accessing other rights, is therefore a starting point of human rights violation.

2. Rohingya is an indigenous people. It is noted that other indigenous peoples are facing similar problems because they are minority peoples. Being different from the majority, they are always denied their rights. The Rohingyas, however, often find themselves in graver situations.

3. It is proposed that ASEAN makes Rohingya an ASEAN-level agenda. ASEAN must have political will to solve the problems. Leaders of each ASEAN country must join hands.

Rohingya people have been abused in all forms. Those living in Arakan State, for example, are being exploited, forced to work, forbidden to leave the area, denied of land ownership and required to seek permission in order to get married otherwise they would be arrested and detained, resulting in many of them decided to escape out of the area. Therefore, efforts should be made together to change mindset of Burmese government. In fact, apart from Myanmar, there are Rohingyas in several other countries, such as Bangladesh and Saudi Arabia. Efforts to deal with this problem, therefore, should be extended to those countries. In addition, it is proposed that neighbouring countries like Thailand, Malaysia and Indonesia join hands to pressure Burmese government to actively solve the Rohingya problem.

Sophie Ansel, a French reporter who are monitoring situations faced by the Rohinya
Although changes did occur in Myanmar as can be seen in a recent by-election, Rohingya is still a forbidden issue in the country. One factor contributing to the problem is that the Rohingyas are Muslim while Burmeses are Buddhist. To create equality, an order forbidding the Rohinyas to leave the area must be revoked.

Professor Dr. Amara Phongsaphit, Chairperson of the National Human Rights Commission of Thailand, on the other hand, mentioned in the seminar that actually Rohingya people living in Thailand have more freedom than Rohingya people in their homeland as long as they do not commit wrongdoing. It was revealed in meetings between ASEAN member countries that an obstacle in having collective efforts to solve the Rohingya problem is ‘being considerate, afraid of offending another’s feeling’; no one therefore dare to raise the issue or directly criticize. To look for any way out of this problem, one needs to use imagination and regular consultations. ASEAN countries must be ready to talk openly about this problem, expose and explain it clearly, with cooperation between academics in the civil society sectors, neighbouring countries, super power countries and members of ASEAN.

The NHRC Chairperson also mentioned related works carried out by the NHRC which regularly asked permission to visit the Immigration Office and talked to the Rohingyas there about their problems as grave human rights violation must not occur. The case of many Rohingya people being arrested in 2009 is an important lesson for responsible officials. They need to change their way of thinking, consciousness, and have human rights awareness and humanity. The NHRC Chairperson had an expectation that inhuman violation of human rights would have gone away.