US calls for safe repatriation of Rohingya refugees to Myanmar Read more: http://india.nydailynews.com/newsarticle/5052189ec3d4ca8f44000013/us-calls-for-safe-repatriation-of-rohingya-refugees-to-myanmar#ixzz26R3uaShN

The U.S. State Department is urging Myanmar and Bangladesh to develop a long-term solution to deal with thousands of Rohingya refugees, including providing food and basic healthcare to the stateless people.
Thursday, September 13th 2012, 12:00 AM
The United States on Thursday urged Bangladesh to keep its border open to Rohingya refugees fleeing Myanmar in the wake of June violence but advocated their safe repatriation as a long-term solution. 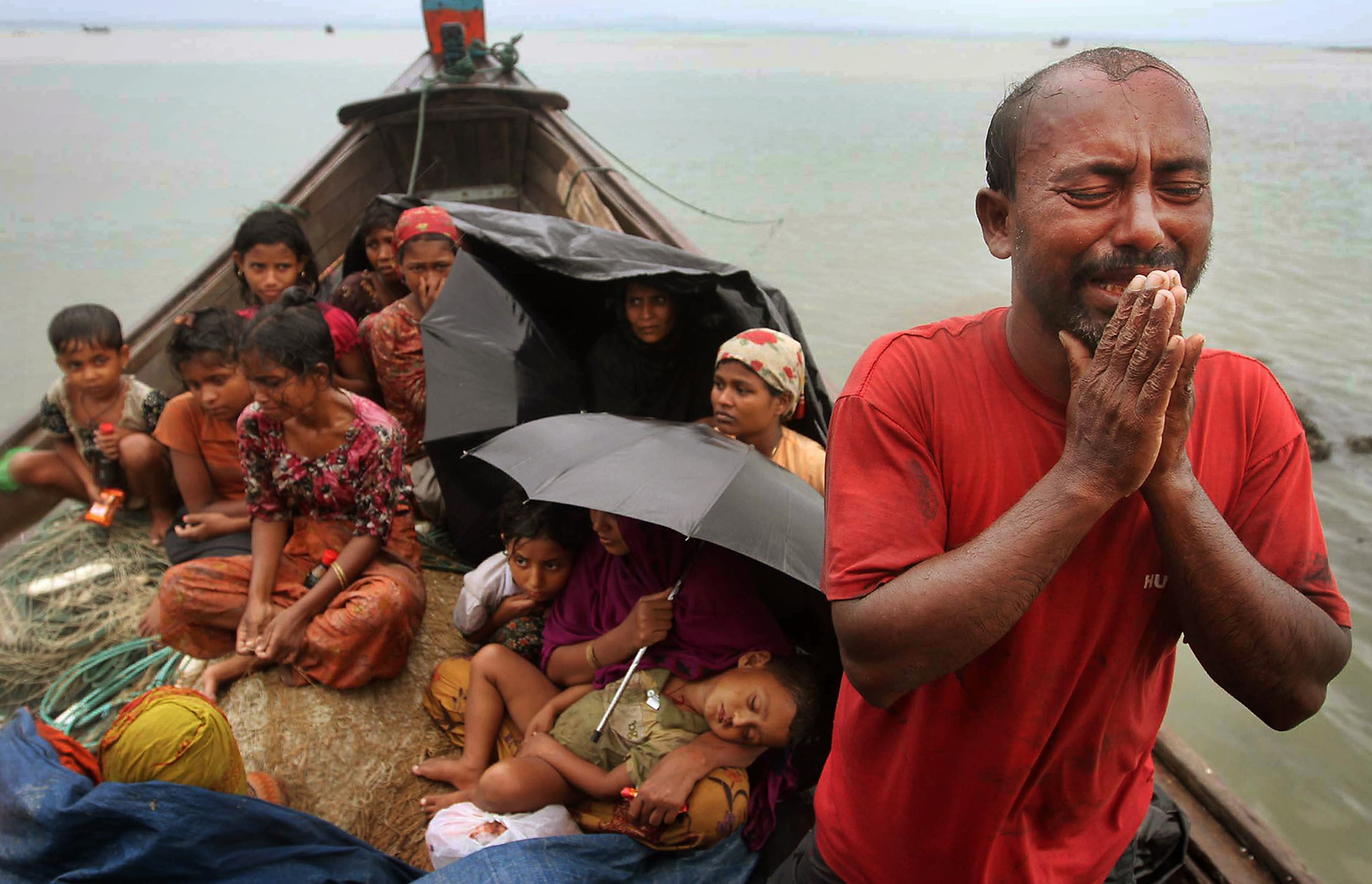 A delegation of the U.S. State Department recently visited the troubled region in Myanmar where violence between Rakhaine Buddhists and Rohingya Muslims in June left at least 80 people dead. The team later visited refugee camps of Rohingya in Bangladesh's southern Cox's Bazar district.

U.S. officials said at a news conference in Dhaka that the situation in Myanmar was still grave for the Rohingya people.

They urged both Myanmar and Bangladesh to work out a long-term solution while stressed the need for providing food and basic healthcare to stateless Rohingya.

Dan W. Mozena praised Bangladesh for its years of support to the Rohingya people but urged the country to do more for tens of thousands of undocumented Rohingya in Bangladesh.

Mozena, who did not visit Myanmar but went with the full delegation to the camps in Bangladesh, said the situation was "grim" among refugees outside the official camps who were deprived of basic needs.

Some 28,000 Rohingya refugees live in two official camps in Cox's Bazar district, but tens of thousands of others languish outside without proper care or facilities.

The government of Prime Minister Sheikh Hasina earlier this year asked three international organizations to stop providing services to undocumented Rohingya to discourage fresh refugees from Myanmar. The government says it needs to take precautions because it has intelligence reports that some Islamic militant groups have targeted the Rohingya refugees for recruitment.

The U.S. officials were concerned about the situation of Rohingya people in Myanmar, said one of the delegation who visited there, Kelly Clements, deputy assistant secretary for Bureau of Population, Refugees and Migration.

Clements said displacement of Rohingya people was still rampant in the troubled region, where many homes were burned to the ground during the violence. But she praised Myanmar for allowing them "unprecedented access" to see the area.

She said reconciliation and reintegration of the ethnic groups should top Myanmar's government agenda to resolve the crisis.

She said both Bangladesh and Myanmar should ensure basic assistance to the people in trouble.

The U.S. officials also pushed for continuous dialogue between Bangladesh and Myanmar.

Myanmar considers the Rohingya to be illegal immigrants from Bangladesh and denies them citizenship. Bangladesh says Rohingya have been living in Myanmar for centuries and should be recognized there as citizens.

In the 1990s, about 250,000 Rohingya Muslims fled to Bangladesh in the face of alleged persecution by the military junta.

Later, Myanmar took back most of them, leaving some 28,000 in two camps run by the government and the United Nations.

Bangladesh has been unsuccessfully negotiating with Myanmar for years to send them back and, in the meantime, tens of thousands of others have entered Bangladesh illegally in recent years.