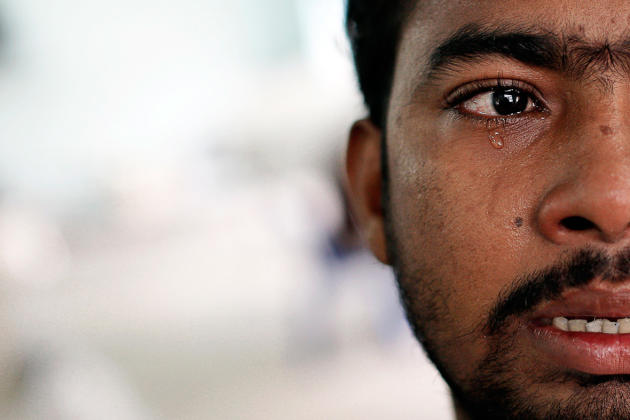 With his bullet-proof vest, shotgun and sunglasses, Kompat Sompaorat could be mistaken for a member of a SWAT team. He actually belongs to a group of Thai civilians tracking down human traffickers on one of Asia's busiest smuggling routes.

The volunteers – mainly fishermen and other villagers – patrol the estuaries and jungles of Phang Nga province, a popular tourist destination in southern Thailand a short drive from the famous resort island of Phuket.

They are motivated by humanitarian concerns, but also worry that the presence of armed smugglers and impoverished refugees could lead to an increase in crime and scare away tourists.

They said they had yet to catch any smugglers or traffickers. But they have discovered more than 220 Rohingya Muslims and Bangladeshis over the past three months and handed them over to immigration police.

"There are big big guys behind this trade - so big we can't do anything about it. We can't touch them," said Kompat, as the volunteers arrive at an abandoned smuggling camp near the village of Ban Bang Yai strewn with children's shoes, women's camisoles and trash. "We can only try to save their victims," he said.

Every year, thousands of Rohingya and Bangladeshi boat people arrive in Thailand, brought by human traffickers. They are then taken by road to desolate camps, where traffickers demand a ransom to smuggle them south across the border to Malaysia.

Despite pledges by Thailand's military junta to combat human trafficking, the volunteers say the influx of illegal migrants is growing, many of them Rohingya Muslims from western Myanmar, and little is being done to stop the gangs that transport and abuse them.

Last October, more than 130 suspected trafficking victims, mostly Bangladeshis, were found dumped by traffickers in a remote coastal area of Phang Nga. Many of them had been abducted or tricked onto prison ships in the Bay of Bengal where conditions resembled the horrors of the transatlantic slave trade.

Last year Thailand was downgraded to the lowest tier on the US State Department's Trafficking in Persons (TIP) Report, which ranks countries by their counter-trafficking efforts.

The Thai government, installed after a military coup last May, has vowed to improve its record, and is to submit a progress report to the State Department.

The Bangkok-based Fortify Rights group said it was "very concerning" that armed volunteers were taking on the traffickers. "Clearly it's an indication that authorities are not fulfilling their duty to combat trafficking," Matthew Smith, the group's executive director, said.