Thursday, 25th October 2012 Kuala Lumpur, Malaysia- Thousands of Rohingya Muslims, Kaman Muslims, Burmese Muslims and Malay Muslims demonstrated in Kuala Lumpur today. The demonstration was held in the wake of the state-sponsored apartheid and mass killings of Rohingyas and Kamans in cooperation with Rakhine terrorists in Arakan state, Burma.
They strongly condemn the genocides and demanded Myanmar government to immediately stop it. Besides, they request United Nation to send its peace-keeping force to Arakan and international community to save Rohingyas and Kamans from being exterminated. 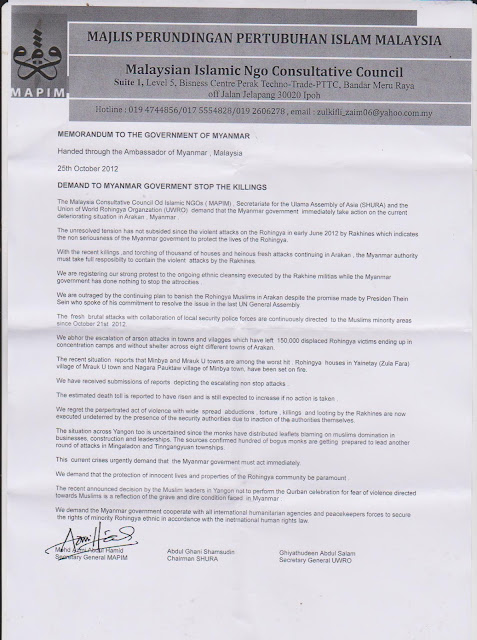