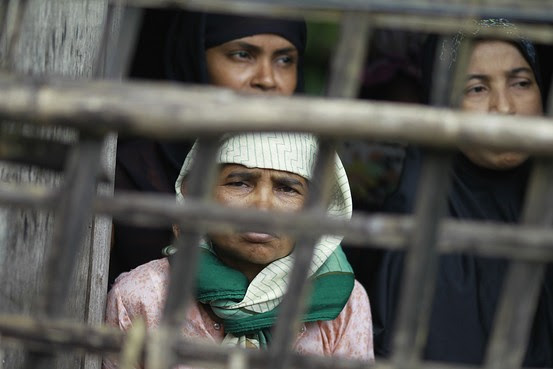 Rohingya Muslim women look out from their home in Sittwe, Myanmar. Reuters
YANGON—A report released Tuesday alleges that the Myanmar government has in place official policies that deny Rohingya Muslims the same rights as others in the country, including population control measures and restrictions on their movements.

Released by Fortify Rights, a Southeast Asia-based human rights organization, the report also highlights other discriminatory policies applied to the Rohingya, including restrictions on marriage, childbirth and construction of places of worship. The group said the 79-page report, "Policies of Persecution," is based primarily on 12 leaked official documents and a review of public records.

Read more »
Posted by Rohingya Arakanese Refugee Committee (RARC) at 1:26 AM No comments: Links to this post 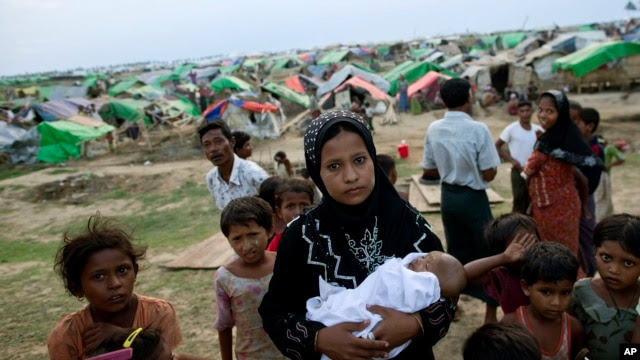 Read more »
Posted by Rohingya Arakanese Refugee Committee (RARC) at 1:23 AM No comments: Links to this post

(Bangkok, February 25, 2014)— Leaked government documents reveal severe violations of human rights of Rohingya Muslims in Myanmar, including restrictions on the freedom of movement, marriage, childbirth, and other aspects of daily life in northern Rakhine State, Fortify Rights said in a new report released today. The report implicates state and central government officials as perpetrators of the crime against humanity of persecution. Crimes against humanity are among the most serious crimes under international law.

“The impacts of these restrictions are severe and have been well-documented for decades, but the official orders have been kept out of the public domain until now,” said Matthew Smith, executive director of Fortify Rights. “This architecture of abuse contributes to political instability and violence and must be lifted immediately.”
Read more »
Posted by Rohingya Arakanese Refugee Committee (RARC) at 1:21 AM No comments: Links to this post

Read more »
Posted by Rohingya Arakanese Refugee Committee (RARC) at 1:18 AM No comments: Links to this post