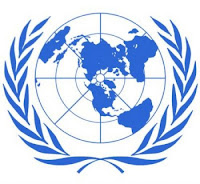 Burma has been asked to clarify why 10 local UN and nongovernmental aid workers were arrested last month in Arakan (Rakhine) State, some allegedly on criminal charges.

The detained staff include three Burmese nationals working for the UNHCR, the agency's spokeswoman Melissa Fleming told a UN briefing in Geneva. She declined to give details.

Another UN official said the 10 detained included three workers with the UN World Food Programme and some from Doctors Without Borders.

UN officials said Guterres presented different proposals to Burmese President Thein Sein and other officials to bring the two two communities together. Rohingya Muslims in Burma are denied citizenship and other basic rights, and the UN says the group is one of the most discriminated groups in the world.

UN spokeswoman Fleming said the UNHCR continues to view the unstable situation in Rakhine with concern.

“We would like to state that in Rakhine State we remain absolutely committed to delivering humanitarian assistance to both populations, the Rakhine and the Muslim without any discrimination,” Fleming said

She said the situation of Royingya fleeing across the border to Bangladesh has slacked off.

“We are absolutely monitoring this and hopeful that things will return back to normal and that relations between the two communities can be re-established,” she said. “But, one of the festering problems is, of course, the statelessness situation, As the nationality law stands, it is based on ethnicity and it does exclude certain groups including the Muslim Rohingya population.”

Fleming said the UNHCR believes nationality should be granted to members of the Rohingya Muslim community who are entitled to have it according to the present legislation. And, others, she said should receive a legal status that would grant them the rights required to develop a normal life in the country.

On Thursday, Mizzima reported that three UN employs appeared before a court for a hearing on their case in the Maungdaw District Court, after being detained by the Nasaka, a border guard force, during the sectarian violence in June.

The Narinjara website also reported a worker with Doctors without Borders was also arrested and appeared in court, but Narinjara was unable to confirm that report.

On June 29, Mizzima reported that 12 aid workers representing the United Nations and Doctors Without Borders had been detained in Arakan State during the unrest. UN officials met with Burma’s foreign minister in Naypyitaw, the capital, two weeks ago to discuss the detentions, but the outcome of that meeting is not known.

On June 16, Reuters news agency reported that police in Buthidaung Township for unknown reasons detained three UN staff members, two from the U.N. refugee agency and one from the World Food Programme. All were Burmese nationals.

On June 12, Doctors Without Borders announced it had suspended its operations in parts of Arakan State, saying that its staff members where unsafe in the area.

Official Burmese government figures say up to 79 people were killed in the sectarian violence that racked the region starting in June, driving tens of thousands of refugees to seek safe shelter. International and domestic aid agencies rushed into the area to offer food, shelter and medicine as the violence continued.

On Friday in Siem Reap, US Secretary of State Clinton raised the issue of Rohingya Muslims in western Burma. Clinton said that the US considers the Rohingya "internally displaced persons," according to wire reports. Thein Sein this past week proposed that the U.N. High Commissioner for Refugees resettle the Rohingya in a third country or take responsibility for them, a suggestion rejected by the United Nations as unsuitable.

Thein Sein's response to Clinton on the issue was to describe the situation as "very dangerous," said a US official. Clinton also expressed concern about the detained UN workers.

Posted by Rohingya Arakanese Refugee Committee (RARC) at 2:46 AM