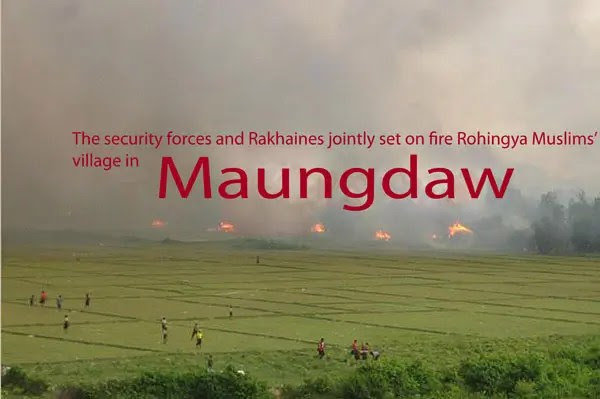 I’ve known Jamal for some time now, since 2007 and interacted to some extent with his community on Penang Island. All these years, he very generously and trustingly allowed me access into the lives of his Rohingya community, the way their society operates and their struggle for survival. He is an excellent gatekeeper for his Rohingya community, being vigilant of their safety and always ensuring a principled and truthful approach to problems and issues affecting them.

Despite his simple and hard life, Jamal is a respected leader in his community and is frequently consulted by other members for advice and opinions on specific issues affecting the Rohingya community in Penang and Malaysia.

Yet, Jamal does not affect arrogance, despite the esteem he is held in by his community, and continues to emphasise the principles and tenets of Islam as the fundamental guideline to living a good Muslim life. He is a quiet-spoken person with a thoughtfully peaceful demeanour.

Jamal has had his fair share of suffering having to flee for his life from his home in Maungdaw, Arakan, Myanmar, leaving wife, children and family behind nearly 20 years ago. His children have already reached adulthood but he has not had the pleasure of seeing them grow up or been closely involved in nurturing them to adulthood and passing on the values he holds dear.

Conflict
Anxiety for his loved ones and his community underpin most of his thoughts. There is little to laugh about, but he still manages to raise a smile or two at the irrationality of the whole situation or at the human antics that seem illogical in the circumstances.

Like every society in the world, the Rohingya also have their internal politics. More often than not, Jamal tries his best to maintain a neutral stance, attempting in his own way to be fair and not hastily judgemental of others, whoever they may be. In his dialogues with me, he is often critical of his own community. It is in these instances that the deep anxiety he feels surfaces, for which neither of us can find any solution to.

We have discussed many issues, and this evening, it was the events in Maungdaw, Arakan State in Myanmar (Burma). It began on Friday in Jamal’s own village near his home, where his wife and two of his children still live. His eldest child is married and gone away to Bangladesh with her husband. His wife had also gone to visit relatives, at that time, leaving his two other children at home.

I asked Jamal what he knew of the current troubles in Maungdaw. He recounted whatever he could glean from phone calls to his relative still living there. As far as he knows, it stemmed from the attack on a group of Burmese Muslim missionaries. Apparently, a group of Rohingya had held a protest after Friday prayers outside the mosque and were fired upon by police.

Two persons were injured and taken to the hospital which is near his home, but doctors refused to treat them unless a police report was made. A fight then, broke out and a doctor was beaten up. Jamal said that under the law (Act 144) assemblies of more than 100 persons are prohibited and there were a hundred or more people gathered at the protest.

With the escalation of conflict and arson attacks on homes, shops and other buildings, a curfew was imposed on the whole area of Maungdaw that night but police and a Rakhine mob were seen still freely roaming about. Some of the mob wielded swords.

Jamal’s children stayed indoors, but he said he was afraid that some of the mob might break into their home and harm them. He felt helpless from this distance to protect them. His wife was apparently still away; when she can safely return is unknown.

On Saturday, 9 June, when the imposition of the curfew had not been lifted, a nine-year-old Rohingya girl, unaware of the curfew went out a few metres from her home to sell vegetables. She was allegedly shot dead by security forces and her body was taken away by them, and not returned to her family for burial. This was said to have happened in Maungdaw Quarter 2. There were police and special forces – Luin Thuin – patrolling the area that morning. Village heads had also called together Rohingya shopkeepers whose shops had been destroyed.

Myanmar telecommunications had been cut on Friday and Saturday, and Jamal and other anxious Arakan refugees tried to contact family and relatives via Bangladeshi phone lines. “Now, we can’t do anything.” Jamal ended his account of these happenings in utter despair at the futility of the situation that thousands of Rohingya refugees and people find themselves in.

Fear and oppression
He could not help but tell me about the oppression he had fled from, about 20 years ago. The Rohingya people are often referred to as kalar by other Rakhine, which insultingly translates as ‘pariah’. “We have been afraid of them (Rakhine) since we were very young. To instil discipline our parent’s threatened to call the Rakhine, and we would be obedient because we feared them.

“Our people are easily put in fear and go about humbly.”

Despite, what he says, Jamal knows that there are Rohingya who have taken bolder measures and are inclined to act in strong self-defence or aggressive retaliation.

Still, on reflection, he told me that there was a time when the Rohingya and the Rahkhine enjoyed a camaraderie with each other, going out together and spending time at eateries, talking and walking late into the night. It is sad that those days seem to have faded away with time and that barriers of hatred and anger have arisen between them instead.

This is the last conversation I had with Jamal, as he hasn’t been in contact for the last few months. I can only hope and pray for the acceptance of the Rohingya people as recognised citizens of Myanmar and that peace and forgiveness will come soon amongst the various ethnic communities in Jamal’s home state of Arakan (Rakhine State) in Myanmar. This is an account truly from the heart of a Rohingya refugee.

The interview with Jamal was done around June 2012, when ethnic clashes in Rakhine State first broke out. The situation has since deteriorated and continues to worsen.

Angeline Loh, a long-time Aliran executive committee member, writes regularly for Aliran. WIth a background in international human rights law, she champions the rights of those who are often forgotten or marginalised in society
Source: here
Posted by Rohingya Arakanese Refugee Committee (RARC) at 3:53 AM