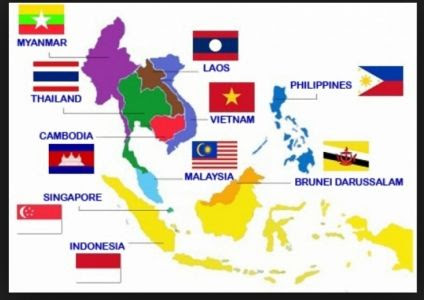 Pattayamail: Foreign ministers of the Association of Southeast Asian Nations (ASEAN) are scheduled to arrive in Brunei next week for a ministerial meeting to prepare for the 22nd ASEAN Summit on April 24-25.
Arthayudh Srisamoot, director general of the ASEAN Affairs Department, said the theme of this year’s ASEAN Summit, “Our People, Our Future Together,” reflects the significant role of people in the region in outlining the future of the regional community.

Thai Foreign Minister Surapong Tovichakchaikul will attend the ASEAN ministerial meeting on April 10-11 during which he plans to hold bilateral talks with his Myanmar counterpart on border issues between the two countries: the problem of smoke emanating from Myanmar and the arrival of Rohingya refugees on Thai soil.
Mr Arthayudh said Prime Minister Yingluck Shinawatra who will join the ASEAN Summit later this month will emphasise enhanced economic partnership among ASEAN countries and cooperation in solving border problems including human trafficking, illegal drug trade, natural disasters and cross-border smoke.
Posted by Rohingya Arakanese Refugee Committee (RARC) at 6:51 PM