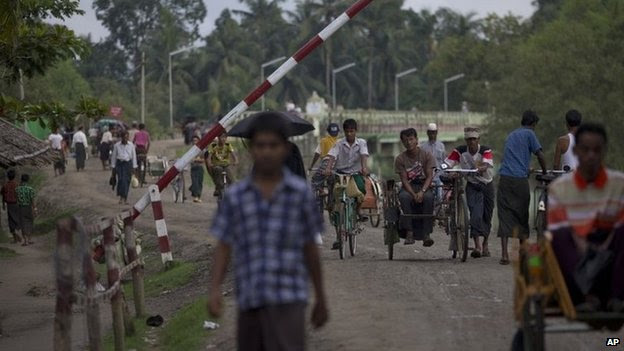 The aid agency Medecins Sans Frontieres has expressed its shock at the order to cease operations in Myanmar.

It said it was deeply concerned about the tens of thousands of people it was treating, particularly for HIV/AIDS, malaria and TB.

A presidential spokesman alleged to the BBC that Medecins Sans Frontieres (MSF) was biased in favour of Rakhine's Muslim Rohingya minority.

MSF is one of the biggest providers of healthcare in Rakhine.
Continue reading the main story

Rakhine's Rohingya are widely discriminated against in Myanmar, also known as Burma, where they are typically considered Bangladeshis and denied basic rights. There have several outbreaks of mass violence against them since June 2012.

Tens of thousands of Rohingya have fled their homes for temporary camps.

MSF said no other medical organisation in the country operated on a similar scale, and that its actions were always "guided by medical ethics and the principles of neutrality and impartiality". 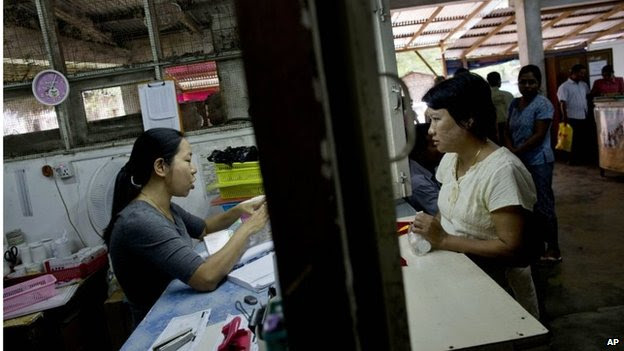 Jonah Fisher BBC News, Yangon
Aid agencies in Rakhine state face a difficult choice. Keep quiet in a situation some have described as close to apartheid or speak out and risk infuriating the Buddhist majority.

Most have opted to keep their heads down, reasoning that their priority is to try and assist the most needy. Medecins Sans Frontieres have not, and consistently raise issues of access and the dire conditions in camps for displaced Rohingya.

With MSF already unpopular among Rakhine Buddhists, in January there was an incident which may have directly led to their suspension. A massacre is alleged to have taken place of Rohingya Muslims near the border with Bangladesh.

Two narratives quickly emerged, with the UN claiming that as many as 48 people may have died, while the Burmese authorities said there had been no casualties.

Then much to the annoyance of the government, MSF confirmed that their medics had treated 22 patients near the site of the alleged attack.

It suggested something serious had happened and may have been the final straw for MSF. Presidential spokesman Ye Htut told me their actions had clearly demonstrated their bias towards what he called the Bengalis.

The BBC's Jonah Fisher in Yangon, also known as Rangoon, says MSF is one of the few agencies providing treatment for Rohingya who would otherwise be turned away from clinics and hospitals.

The government says that MSF has prioritised the treatment of the Rohingya community over local Buddhists.

The final straw may well have been MSF's statement a month ago that they had treated people after an alleged massacre of Muslims by Buddhists near the border with Bangladesh, our correspondent says.

The government's own investigation found there had been no casualties, our correspondent adds.

The move comes days after another rights group said it had evidence of institutionalised local government discrimination against Rohingya.

Fortify Rights said it had obtained leaked government documents setting out what amounted to "state policies of persecution" in Rakhine state.

The Rohingya people are considered stateless and are rejected by both Burma and neighbouring Bangladesh.

It says it is in discussions with the government of Myanmar about resuming operations.
Posted by Rohingya Arakanese Refugee Committee (RARC) at 1:06 AM